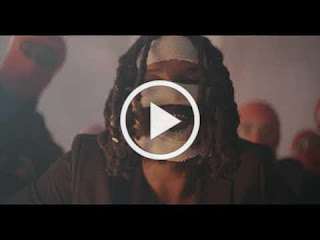 GENESIS OWUSU
ANNOUNCES DEBUT ALBUM
‘SMILING WITH NO TEETH’
OUT MARCH 5, 2021 VIA HOUSE ANXIETY / OURNESS
Genesis Owusu is back with his latest single, “The Other Black Dog,” along with the long-awaited announcement of his forthcoming debut album Smiling With No Teeth, out March 5, 2021 via House Anxiety/Ourness.
The Ghanian-born, Australia-based artist is becoming renowned for a maverick presence and an ability to conjure powerful storytelling in diverse forms, as he embraces a winding sonic path of his own. His new single puts a name to the inner and outer demons he lives with, the ‘black dogs’ that form his existence--a notion to become familiar with on his debut album, Smiling With No Teeth. The song unleashes cinematic verses and a charging dance energy that brings his story to life. Razor-sharp quips punch throughout, building intensity to a heady climax before an abrupt shift welcomes a rich, soulful breakdown.
Owusu says of the single: "The track explores the internal struggle between a hopeful spirit of endurance, and a gnashing black hole of ugliness. One is me, and the other is also me."
Transposing the track's fiery energy into visual realms, “The Other Black Dog” film clip further considers these internal and external forces. Directed by Riley Blakeway, Genesis bolts through the darkness along a deserted country road at night, trying to outrun himself and these relentless demons that feed off his fear and escapism.
Owusu’s upcoming 15-track collection, Smiling With No Teeth, sees a prodigious talent confound genre, while charting the epic peaks and troughs of mental health struggles and his experience of living as a black man in a very white society. Owusu layers these themes under a rollercoaster of ever-changing soundscapes: raw modern rap energy veers into industrial, punk and funk-charged moments, to folk-pop songs about fishing. His debut album has songs that invoke the spirit of Prince and songs that nod to pioneers like David Byrne. It’s an album dedicated to those who refuse to live inside any box, or at the very least, don’t feel that they fit in, wherever they find themselves. Owusu’s personal testimony of mental turmoil, race and perseverance, Smiling With No Teeth sees the culmination of crafted unity on the pages of his sonic memoir.
Owusu says of the forthcoming LP: "Smiling With No Teeth is performing what the world wants to see, even if you don't have the capacity to do so honestly. Slathering honey on your demons to make them palatable to people who only want to know if you're okay if the answer is yes. That's the idea, turned into beautiful, youthful, ugly, timeless and strange music."
Each album track stems from studio jam sessions with said band members, including Kirin J Callinan, Michael DiFrancesco (Touch Sensitive), Julian Sudek (World Champion), plus album producer Andrew Klippel, whose varied influences have guided Owusu further into a league of its own.
The album features Owusu’s handful of highly celebrated singles distributed throughout 2020, including the feverous “Whip Cracker” and ARIA-nominated hit, “Don’t Need You,” which became the No.1 most played song on Australia’s trend-setting triple J radio station, before breaking waves in both the UK (on both BBC Radio 1 and 6Music) and now the US (KCRW, KUTX, The Current, Alt98). It will mark his first extended release since 2017’s debut Cardrive EP, which saw him land his first ARIA-nomination for Best R&B/Soul Release and gain attention from tastemakers including Sir Elton John, NME, i-D, mixmag, and more.
Consistently unpredictable off the stage and on it, Genesis Owusu has also captivated fans across Australia with sell-out shows supporting the likes of Dead Prez, Col3trane, Sampa The Great, Cosmo’s Midnight, Noname, Aminé and Ruel.
Formidable and irresistible as ever, the layers of Genesis Owusu are today further peeled back with “The Other Black Dog”, as he gravitates toward his debut LP collection in 2021. Growling and beautiful, this is only the beginning. 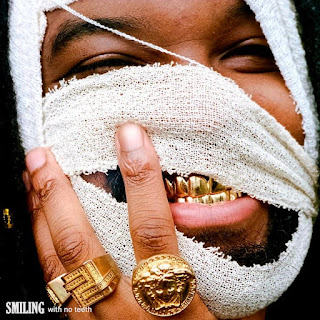