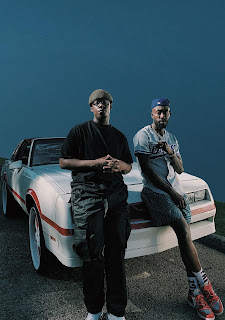 Fast-rising West Coast rapper JAHMED has shared the visual for "GLIMPSE" featuring Freddie Gibbs, the lead single from his forthcoming EP ARMANI. In the visual directed by Polygon, JAHMED visits a twisted eye doctor that leaves him far worse for wear than when he arrived.
On the Dupri and Extendo Beatz-produced track, JAHMED soars over shadowy production, showcasing his signature playfulness with pitch and cadence reminiscent of Section.80 era Kendrick Lamar. Alongside the original release of the single, JAHMED announced his new EP ARMANI, slated for release in early 2021 via Human Re-Sources.
ARMANI comes as a follow up to JAHMED's debut album THEBOOFMOBILE, which dropped earlier this year that put his ferocious energy and crafty wordplay on showcase.
FOLLOW JAHMED
TWITTER
INSTAGRAM
FACEBOOK