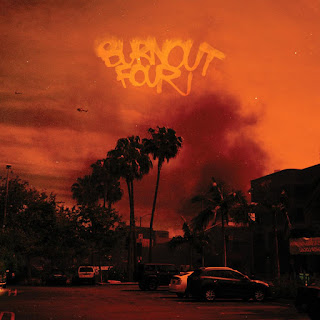 LNDN DRGS, the formidable hip hop duo of street legend Jay Worthy and producer Sean House have delivered their final installment of the Burnout series Burnout 4. The album features guests Smoke DZA, Larry June, Serv-On, ElCamino, Michael Christmas, Chuck Inglish, Stalley, and Boldy James.  Along with the LP comes a new video from the album for "Always" ft. Larry June. Worthy explains "This video is special to me cause it was shot in the south Bronx the Mecca of this rap shit where it all started brought me back to the days of wild style and style wars . Being from the west coast this shit seemed so foreign like one day we gonna go to New York but now we here amd fully tapped in street legend shit."
To mark the end of the series, LNDN DRGS also enlisted skits from New York actor Michael Rapaport, whose appreciation of hip hop has been recognized and utilized by the likes of Jay-Z, Snoop Dogg, Sean Price, and more.
FOR MORE ON LNDN DRGS
WEBSITE
INSTAGRAM
TWITTER
FOR MORE ON JAY WORTHY
INSTAGRAM
TWITTER