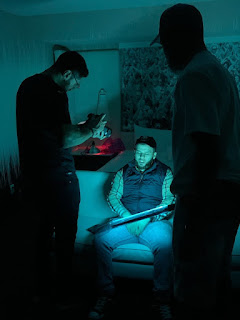 Seattle/Detroit artist ATEE drops off the dope new visuals for his single "Glitch" available now on YouTube. Spitting vicious bars in the first half, ATEE smooths everything out on the second half of "Glitch" giving us some strong Toronto vibes. Born in the NW and raised in Michigan, ATEE has recently relocated to Seattle and putting his foot on the pedal in his budding rap career. With a love for poetry from an early age, ATEE's attention to lyrics can be heard with just one listen on "Glitch" leaving us excited to hear more from this up and coming artist!