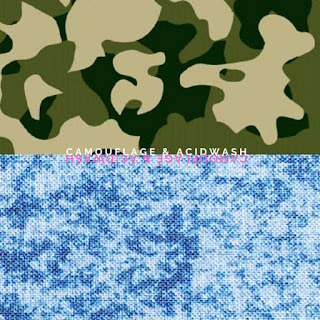 From 2011-2013 I recorded what I consider to be my best full length project to date, then my frustration with my former label and the music industry in general caused me to throw it in the "trash". After the recent passing of the good brother Jamerson aka Waversun, who was the founder of SWRV and mentor to the prolific Sadhugold, I decided to remaster our collaboration from the album, which led to me having the whole shebang reworked!
Beats were handled by a few cool dudes who produce for some of your favorite contemporary commercial & underground rappers now and I had members of my older groups (Broady Champs, 215TFK, GHK, & Sklxtor) make dope guest appearances to round it out.
I proudly present: CAMOUFLAGE & ACIDWASH: - Buddy Leezle