Dyzzi from DivSel - Leaders Of The Midwest (Official Music Video) 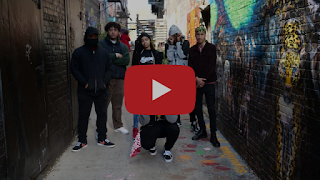 Chicago artist Dyzzi from DivSel released the music video for "Leaders Of The Midwest", a cypher type track with 6 different emcees from the midwest. Produced by MarvyMarv and video directed by ChrisP, the features are from KReal from DivSel, Chaz from DivSel, Eli $tones, Marques and ameriKKKen.

"Marv constantly sends me beats and this beat in particular was just so reminiscent of my original sound being old school boom bap with a hard head knock feel" Dyzzi adds. "I spent hours trying to differentiate where I could place a chorus and verse in the song but just came to conclusion that this song will be verse to verse to have that cypher type of feel. I named the song "Leaders of the Midwest" because every artist included in the song resides and is from the region."