So Vicious Releases The New Anthem "Let Me" (Single/Video) @SoVicious415 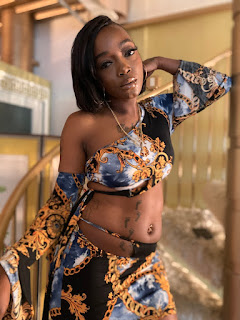 San Francisco rapper So Vicious continues her hot streak into 2021 with the release of her new music video "Let Me."
Following up on her previous releases, "Cupcake" and "That's Baby," So Vicious again flexes her top tier songwriting ability and shows a softer side on her latest release, "Let Me." Breaking down the hard exterior that a lot of young men often carry around, Vicious asks her partner to open up and let love in while she finesses over the soulful production.
Filmed and directed by Ferrari Xavi, "Let Me" is another cinematic visual that matches So Vicious's vibe and energy perfectly. A few things we've come to expect from this rising SF star is So Vicious will always deliver a fire and catchy hook, flawless verses, and she really puts her vision into her music videos; often incorporating multiple locations, scenes, actors, and storylines. "Let Me" is available on all streaming platforms and now playing via YouTube. Be sure to follow So Vicious on Instagram and Twitter as she remains one of the busiest artists in The Bay area.
Watch the dope new video from So Vicious titled "Let Me" directed by Ferrari Xavi, now available on YouTube!