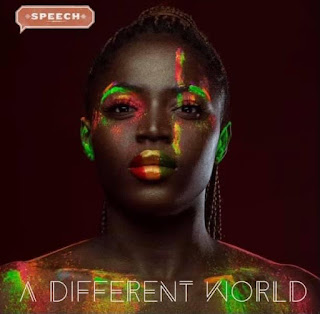 “This song had to be made to become proactive in shaping our collective future, because the rebellion that happened on January 6, 2021 in Washington D.C. was the curtain being pulled back on race, lies and darkness in America,” Speech explains. “It’s obvious that about half of America is living in a fictitious bubble and are responding accordingly. That’s why I wanted to share facts about the lawlessness and hypocrisy that was occurring. We may be at the start of another Civil war and a lot of bloodshed.”
Like millions of other Americans, Grammy Award-winning artist Speech of the legendary Afro-centric Hip Hop group Arrested Development watched in horror as a swath of die-hard Trump loyalists stormed the U.S. Capitol building in Washington D.C. As the dedicated MC he is, Speech put the pen to paper and spit out the single “A Different World,” an anthemic call-to-action that both preserves his artistic integrity and passion for socio-political issues.“On the night of the terrorist attack that already killed five people, I did a YouTube post, I posted various things on social media, but none of it seemed adequate, especially from a music documentation perspective,” he said of the song’s evolution. “So I went into the studio, pulled out my Beat Thang, sampler, etc. The jazz/boom bap energy for this song was intentional, meant to be a throw back energy from the ‘90s-type approach. In my opinion, those sensibilities lend themselves to reflection, grooves and hope, while still showing the urgency of this moment. I also purposely rhymed with a higher pitch, cuz I wanted my emotions of helplessness, rage but also engagement to come through.”“A Different World” follows Expansion Pt. 1, Speech’s first solo EP in 14 years and will appear on his upcoming full-length album Expansion. As he flirts with in the song’s breakdown, “This is a time for good hearted people of all races that love Hip Hop to show the world a path to peace and truth! Plot, Plan, Strategize, Organize and Mobilize. Please spread the vibes. We aren’t helpless, we can make a different world.”