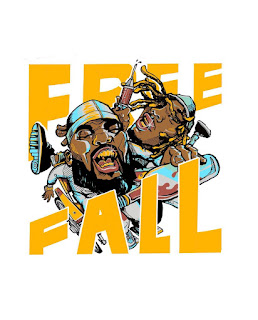 Seattle artist Macntaj has been steadily dropping some of the best music videos in Hip Hop whether you know it or not. Located in Seattle, WA - Mactnaj first broke onto the music scene with his work with Blocstar Ent and since then he's been blazing quite the trail of his own in the Pacific Northwest and beyond. Linking up with the Tik Tok sensation Keshawn (300K Followers), Macntaj and company broke into an abandoned mall to shoot the off the wall visuals from "Freefall." Shot and edited by Justin Frick & Gage Sohler, "Freefall" opens up with cinematic, movie-like shots that feel like a scene from DAVE and quickly turns into a crazy house. Stunning visuals aside, Mactnaj really raps - eating the track up with his rapid-fire double-time flow and hilarious tongue in cheek wordplay. Keshawn steps on the track add just the right amount of drip with his high-energy content and delivery. With enough music videos to keep you glued to his YouTube channel all day, Macntaj's latest release "Freefall" is on another level production-wise and highly impressive for an independent artist funding his own career. It's only a matter of time before Seattle's Macntaj is a household name in hip hop with a highly prolific output and enough charisma to pack a room. Watch the Official Music Video for "Freefall" and be sure to follow Macntaj on Instagram and Twitter to keep with his new music.