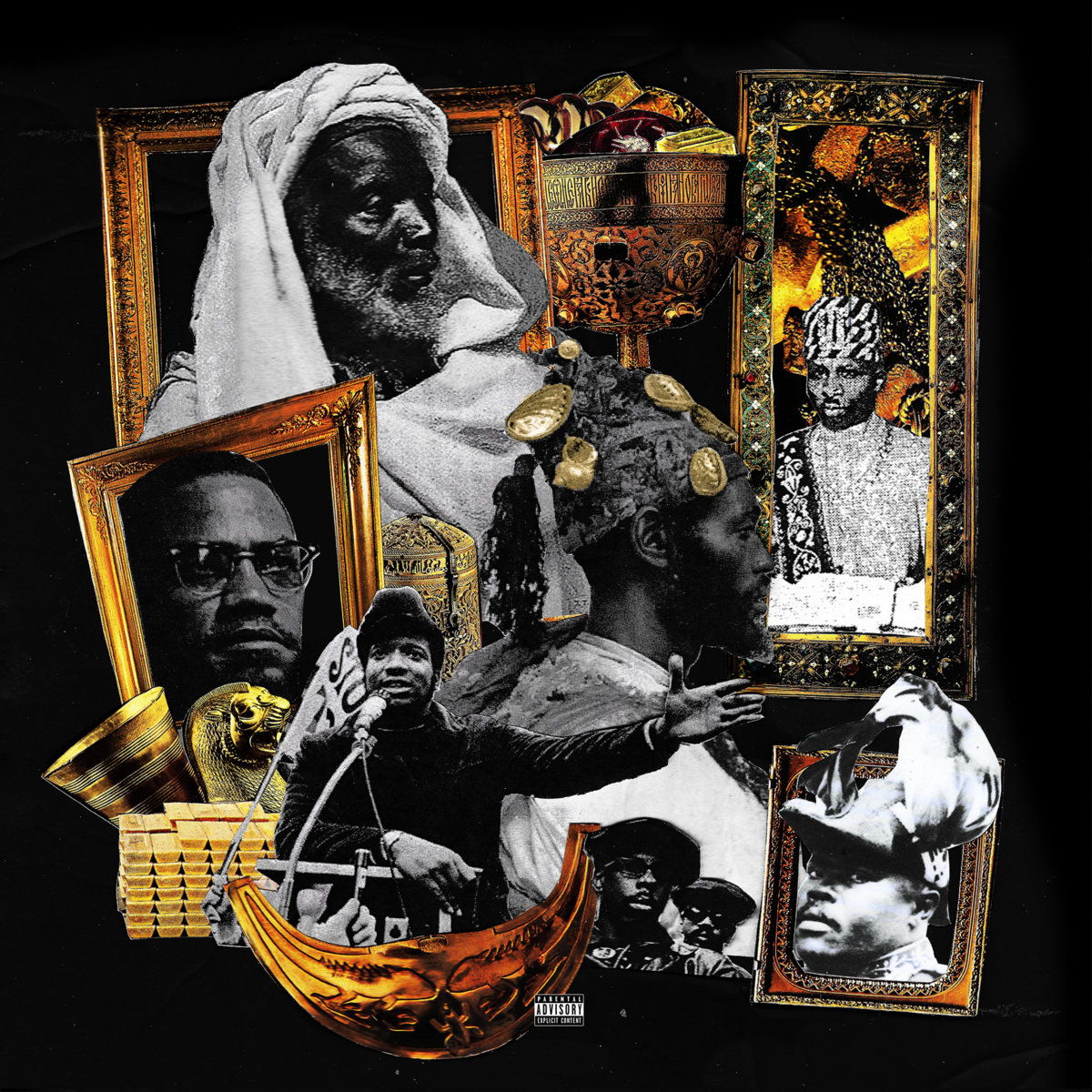 This extended play was released on February 5th this year. NoFace, Rapper is an artist who I have little to no experience with. This was actually my first time hearing any of his music. I ended up enjoying it quite a bit though, so I figured that I should go ahead and give it some shine here. Both of the tracks are produced by Pvvli.
Since there are only two tracks here, it’d make the most sense for me to just write about both of them in order no matter how I felt about them. The first one is the title track, and it’s definitely my favorite out of the two. I honestly don’t really think the production is anything special. I mean, it’s definitely a solid beat, but it doesn’t stand out that much to me. It sounds ever so slightly generic. I could see any big mainstream rapper spitting over this. Maybe not someone like Lil Baby, but definitely Drake, Meek Mill, Denzel Curry, J.I.D, etc. It’s cool though. The rapping is easily the selling point for me. I think he’s got a pretty nice voice for rapping, and his delivery is very good. I see why he chose to drop this during Black History Month too. This is a very black song.

If I'm spending bread then it needs to be black-owned
I don't wear no jewelry, but if I did it'd be black stones
Got me a black queen, I'd die for my black son
I'm starin' at they melanin, it shine like black gold

If you know me you know I love music that’s super black, so this was definitely right up my alley. As someone who is vehemently anti-police, I definitely appreciated the lyricism about the fucked up shit that cops do.

Who watches the watchmen? Cops is runnin' wild
Why do they gun us down? It's all about money now
It's really just pay to play, it's ingrained in the country, wow
Runnin' like slave catchers, just look how they hunt us down

I like how genuinely angry he sounds on this song. The second verse was definitely more impressive than the first one in my opinion, but they’re both very good. Overall, I think the song is really dope. The other song is entitled On the Move. I actually prefer the beat on this track personally. However, I preferred NoFace’s performance on the preceding track. I guess it really depends on what you value in your music. I personally care slightly more about rapping and lyricism than production, so I don’t like this song quite as much, but it’s not like the rapping took a huge drop in quality. It’s still very good. I just preferred his performance on Black Gold. I think he was rhyming well, but his flow didn’t stand out as much here.

This is a very good EP. I fuck with both of the songs here. The title track is easily the more memorable song, but the other track was cool too. I wouldn’t even say I have any urgent gripes at all. I don’t think it’s the most unique project I’ve ever heard, but music doesn’t always have to be super different to be good. I just love how black this is. It is very appropriate for the month of February, and it’s going straight into my BLACKNESS playlist. NoFace has got a great voice for rapping, and, based off what I heard in these couple tracks, it sounds like I fuck with his views, so I look forward to hearing more work from him in the future. Check this shit out. It’s dope.

"They Convicted Me Over Lunch Break": A Closer Look at the Case of Big Lurch

November 2002—Antron Singleton is sentenced to life in prison. He is accused of cannibalism and charged with murder and aggravated mayhem. Singleton puts his back against a cinder wall with no room to wiggle. He became forever pegged as a man-eating, drug infested, naked monster. Better known as Big Lurch, the Texas native was en route to a potentially fruitful, legitimate rap career. He worked with the likes of E-40, Too $hort, Lil Keke, and Mystikal, while also receiving cosigns from Death Row—not a resume to scoff at. For whatever reason he took accustom to the Bay Area and New Orleans scene. He had record deals under MCA and Black Market Records. Originally from East Dallas, Big Lurch is a southern man with no if's, and's or but's about it. His name is no coincidence either. He stands at 6 and half feet tall with lanky limbs, braided hair, and inconspicuous reading glasses depending on the time and the place. His pseudonym is said to be inspired by Lurch from The A