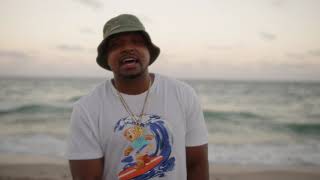 MeRCY's magnum opus Everything Under The Sun did have many obvious single candidates, but the smooth, soulful Wayneski production "Son Still Shining" was one of them. It now has an ambitious music video to match that candidacy, one directed by Ike Anyanwu.

There's no shortage of striking imagery throughout "Son Still Shining" video: dirt bike riding, south Florida’s beaches, the Broward County cast in galore, sunny delight, and MeRCY rocking with his crew while paying homage to his Father and brother-in-law (who recently passed away). That piece of imagery just about sums up the rest of "Son Still Shining," which you should really check out for yourself.