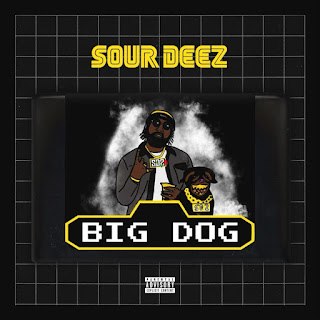 Portland artist Sour Deez drops off his first official release of 2021 with "Big Dog," available now on YouTube, Apple Music, Spotify, and more. Teaming up with Compton producer Buckmouth Beatz, Sour Deez brings up nothing but player talk and boss vibes on his latest release. One of Portland's best-kept secrets, Sour Deez has been steadily releasing high-quality, independent content with features from The Hype Magazine, All Hip Hop, The Source Magazine, and more. On "Big Dog" Sour Deez sits back and plus his life into a Super Nintendo game combining for a unique and creative visualizer. Vocally, Sour Deez shows his knack for melodic hooks and hard-hitting verses lead by his upfront and bass-heavy delivery. To keep it simple, Sour Deez makes nothing but bangers and his "Big Dog" is another to add to the collection. Visually "Big Dog" is a collaboration between Aeon Visual and MAKESimation and available on Sour Deez's YouTube channel. Be sure to take some take and tap in with Sour Deez's past discography while you're there and subscribe for future updates.
Press play on "Big Dog" by Sour Deez