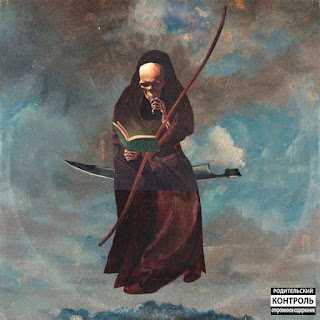 Peace to the Hip-Hoppers! We back at y'all with another review! Like anything you see posted on OK-Tho, it's posted because we think it's dope (keep dope in mind during this review) and we want to make sure it doesn't undetected on your radar. With this REGRESSIONS by G4 Jag (Emcee) X Mephux (producer) though, a little something more than just a post was called for. Let's jump right into it. 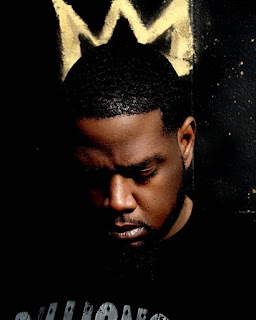 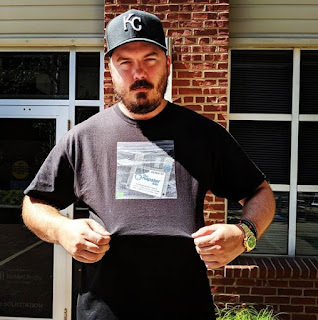 The opening track How many times set the tone for how I would feel about this album. As soon as I heard it I knew it was going to be one of my favorites. This song is about remembering the times that pain paid someone a visit and asking how many times it will return. This track also talks about perseverance and how you may come off the bench now but one day come off the bench. As evidence to that in quoting G4: "I'm the definition of your lemons turned to lemonade."
Satisfied is a steady head-boppin track that's all about the vibe.
Coming in as the third song Who Are You serves as a melancholic, lo-fi-ish (drum rhythm) while at the same time upbeat track matched by an upbeat flow and vocal delivery from G4. It's a light, lowkey banger honestly.
One Time is a follow-up banger of the same the kind but even more lowkey because like Who Are You it's light and not in your face or heavy. It's a bit atmospheric with the looped and almost eerie vocals lurking along throughout the track.
On Years Outside G4 talks about how there have been no shortage of bumps in the road for him and how it has him counting his blessings.
On the next track G4 reminisces on wanting his First Advance and how he now realizes that all he wanted was a chance. He stresses the importance of making your own opportunities if none are given to you. This beat from Mephux is great and this track is one of my favorites.
Live Right feat. Flee Lord just might be my favorite song on this project. Another great beat here. These gentlemen were once down but now they're up and on the way further up. Ya gotta feel that. Flee Lord made it clear that he has no intentions of going back in life when he expressed not wanting to move white ever again. Again, ya gotta feel it.
Since we're halfway through the review, here's your reminder to stream/support this album.
Back with another banger on Yea Yea. There's a regal vibe to this.
They called our man Eto in from the Underground Hip-Hop bullpen on the title track Regressions. This was the darkest beat on the album which was perfect for Eto's appearance. There's almost something sinister about the chorus.
Another welcomed feature is found on Warned ft. BVNG$. The message is made clear here: We coming for everything. Y'all had your time. It appears that both emcees mean that they're coming for everything even outside of music. This smooth beat was backed by some smooth flows, especially G4's.
Krokodil ft. Lord Trill is the 11th track. For those who may not know, Krokodil is a drug that will fuck up you like a real crocodile (Aight, not exactly like one but yo ass will be fucked up) This track is that lyrical, musical dope though. The beat sounds like some Russian getaway shit. Call up Rasputin, Putin. Stalin, Lenin, Trotsky, Tolstoy, Ivan the Great and Ivan the Terrible.
Mephux brought the Chill-Hop on Soul Food ft. Mercy. This was one of my more favorite tracks and definitely my favorite track of the 2nd half (past Live Right) of the album.
Set Backs ft. Aaqil Ali comes in as the outro. Some times you just gotta step back in the face of set backs. This song is different in it's own way. It's not the most unique song on the album but it fits well with the main messages of the album and fits well as the closer.
We just couldn't let this project go without further love being shown to it. This album is where G4 REALLY (so far, we expect even better in the future) made a name for himself after him being on our radar for a full year now. Same can be said for Mephux too, he was no slouch with the production and he's been on our radar since Pray For The Evil 2 with Flee Lord in 2020.