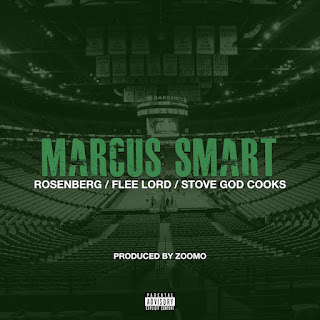 Check out the latest single from Peter Rosenberg featuring Flee Lord and Stove God Cooks entitled "Marcus Smart," produced by Zoomo. This is the first song off of the Real Late album."After years of being pushed by my people, I decided that the time was now to put out my own project," said Rosenberg, "Flee Lord and Stove God Cooks are two of my favorite new artists and Zoomo is an incredible young producer. I named the song after Marcus Smart, because he's the grittiest, hardest working player in the NBA. I think we did him justice."