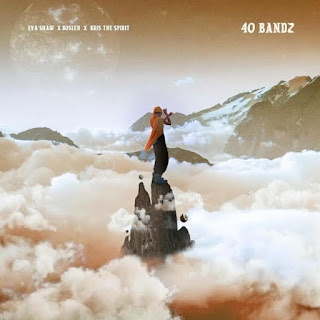 Eva Shaw links with Kris The $pirit and Boslen for a new banger of a single titled "40 Bandz." This bad boy has a brooding, creeping, and at times atmospheric/mystical vibe throughout the progression of the track. Given the cover of the single, a chilly and misty feel is fitting.
Eva Shaw is recognized worldwide as an innovative multi-talent. From producing, to topline songwriting, music video directing/producing -- to then finally starting up her own Hip-Hop based label 'Mad Fatti,' Eva is constantly evolving.
Eva began her career in New York City. She quickly began to grow all over North America, showcasing just some elements of her many talents on the mainstage at music festivals such as Ultra, as well as landing residencies at top-tier nightclubs such as 'Hakkasan & Omnia Las Vegas'. With her energetic shows featuring a mix of trap, EDM, and Hip-Hop, Eva continued to gain a steady, wide-variety fanbase.

So get familiar and stream "40 Bandz" below!