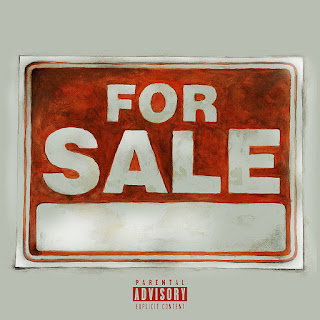 We all know who Blu is but some of us (myself am not) may not be familiar with who producer Sirplus is. What better way to get to know him than on his new collab For Sale EP with Blu, which we're here to quickly review for you. 5/7 of the tracks will be spoken on. Let's hop right in.
The Intro track sets the tone for what the majority of this project is for me and that's a feel-good vibe, which is vintage Blu.
The second track ft. PCH being titled Homemade is fitting because it has that warm homemade/homegrown feeling about it. Neither emcee outshines one another here. Both just seemingly effortlessly compliment each other.
On the fifth track Starcastle ft. Noveliss and Scienze I arguably found my favorite track on the project. The theme of this song seems to be about manifesting your own unique way of life. There's a certain melancholy accompanying this track that I find addictive.
Blu is joined by Nolan The Ninja and Eloh Kush on the sixth track Golden. Perhaps it's titled Golden due to how this sounded like some golden age shit the way each emcee sounded so polished on the mic before passing it to the next one. I mean of course Eloh didn't pass it off to anybody but you get what I'm saying.
Outro was a fitting outro track, like Blu was saying goodbye until next time and the applause at the end certainly helped drive that feeling home.
Stream the EP below but find my final words and rating under the stream link.
EP of the year material here from Blu and Sirplus and they did it like it was nothing, and we're already used to Blu (seemingly) easily dropping top of the year projects.
Rhymes = 3.75/5
Content = 3.5/5
Beats = 4/5
Overall = 3.75/5