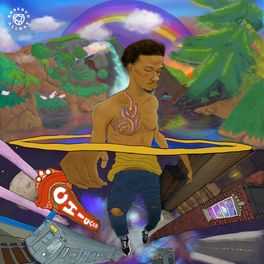 Juice Mazelee wrote HVNSNT with the intention to heal. He sought to create a space for the listener to process their emotions. In his words, this is because in our day-to-day lives we are faced with obstacles, both good and bad, that allow us to feel the emotions behind each situation. The problem, he says, is that rarely do we find the time to actually process what we are feeling. Juice realized during his own healing process that part of the battle is expressing these emotions.

Juice has also expressed himself in different artistic media before — including writing, music production, and acting. He's a mental health advocate, he acted in Black Ensemble Theater's production of "The Ghetto Is Lit," and he has also worked alongside non-profit organizations such as The Reginald & Paul Sewell Foundation and Hope For The Day.

HVNSNT tells two stories: It begins with the young man losing his mother early in life and his process of becoming the person his mother always saw him to be. As the record unfolds, Juice Mazelee tells a story of brotherhood, honesty, and transparency as it relates to tragedy.