Artist Introduction: From Hip-Hop to Rock to Country, Jeremy Alan Jones is on the Come-up 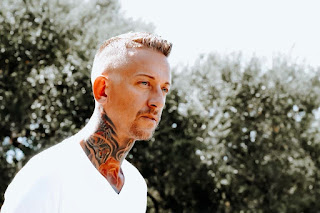 Jeremy Alan Jones hails from Arkansas and is enjoying a fast-paced upwards trajectory in the music industry. His most recent track “I’ll Wait For You Anyways” has recently surpassed 300,000 streams on Spotify in just its first week. The song features rapper, Gorilla Zoe as well as Rihanna’s back up singer, JVZEL. The song is set to go viral with the track projected to hit number 1 on iTunes and has spawned 2.5 million views on YouTube and Spotify.
While currently being given guidance from Ne-Yo, he is also working with Grammy award-winning writer, Nate Walka, who has written hits for major artists like Jamie Foxx, Trey Songz, Chris Brown, Far East Movement, and other more than notable names in the industry. With his song drawing the eyes of major labels, Jones isn't letting the numbers get to his head. Already in talks with Sony Red, he doesn't want to move too quickly since other labels are also reaching out to him everyday. Moving forward, Jeremy is setting up a tour with most of them being held at mud parks for much larger crowds to attend.
With having stepped in the arena's of Hip-Hop, R&B, Rock, and now Country, one-dimensional is the last word that could ever be used to describe Jeremy's musical talent. After his seven year hiatus, the country star scored collabs and held his weight with the likes T-Pain, Twista, Snoop Dogg, Yung Joc, Juicy J, and a plethora of other big hitters in the game. His distinct style is what draws in so many people into his discography. Jones is focused and extremely motivated and with the numbers he's been putting up and the numbers he's projected to move, it should not come as a surprise when you find yourself hearing his name again.
https://www.facebook.com/jeremyalanjonesmusic/