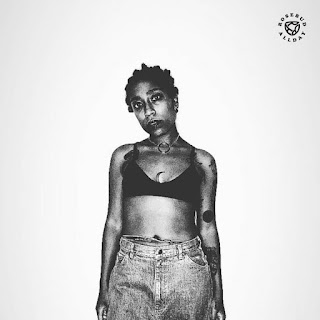 "Priestess of Vibrations is the beginning of the POV series delivered to you at the end. The three song collection began as earlier bedroom recordings I (drea the vibe dealer) produced in 2015 and then brought to a small studio in Brooklyn and made bigger with the help of a good friend and fellow art high school alum Andy Bauer. Andy is an accomplished drummer and composer/producer and served as a great co-pilot and teacher during the recording,mixing and mastering of these songs over the span of four years (2016-2020).
The process would become the formula for Priestess of Vibrations pt two and other projects to follow. Combining scraps and ideas I (dtvd) collaged together and made bigger and more sonically complete with the help of a collaborator - producer or group of musicians. This also began the formula of intentionally blending post punk, jazz ,trip hop and existential lyrics and meditations on life and love"-- drea the vibe dealer