[SINGLE] $uicideboy$ - Materialism as a Means to an End 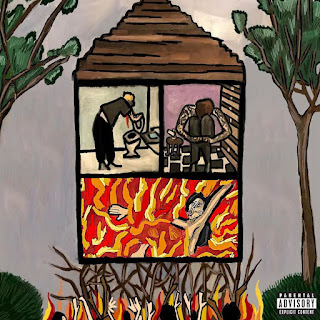 On the continuingly long road to their forthcoming album, "Long Term Effects of SUFFERING," $uicideboy$ have now dropped another single off the LP entitled "Materialism as a Means to an End" It is third track released in support of the album.
With the numb, don't give a fuck attitude of the lyrics and the groove found in the beat, "Materialism as a Means to an End" is an ironic, low-key club-like banger that I see being played in a cryptic, underground nightclub that makes the listeners question why they're even there, and question their life.
"Long Term Effects of SUFFERING" is very much anticipated, and even more so as a music video with Cole Bennett is expected to be featured. The duo is also expected to hit the road for a full North American tour this coming fall. Appearances will include sets at major music festivals, such as Rolling Loud Miami and Lollapalooza Chicago.