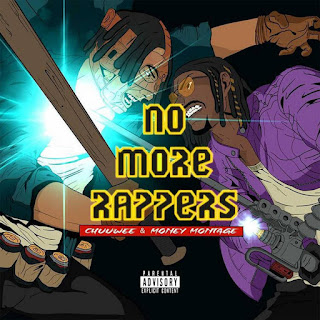 "No More Rappers" is a collaboration album by Sacramento rapper Chuuwee and New York producer Money Montage. The duo worked on several songs in the past on their solo projects and now decided to release their first collaboration album. With 17 tracks and no features, the album is just Chuuwee with the words and Montage on the beats.