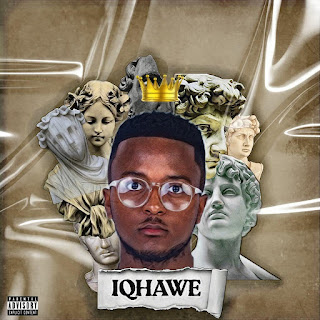 iQhawe is Flash iKumkani's debut project after being cosigned by eMtee Tha Hustla himself. Flash iKumkani pushes Xhosa Trap to a new frontier on this album as one of the leading names in Xhosa Rap. He champions the narrative of being a hero and is proud of his rural roots all throughout the album.
Flash iKumkani, real name Hlumile Mangoloti is a Hip Hop artist known for his unique vocals. Among these, he is also known for his great ability to rap in his home language, isiXhosa, while mixing in English. Making the music that Flash makes an extension of his identity as a Xhosa man but also as a well-learned rapper. There is something distinctly fresh about Flash. He is effectively lending his voice to making his native tongue cool. And this is not the watered-down version of his language, but it is the raw and authentic version that is not highlighted in the mainstream.
@Flash_Ikumkani