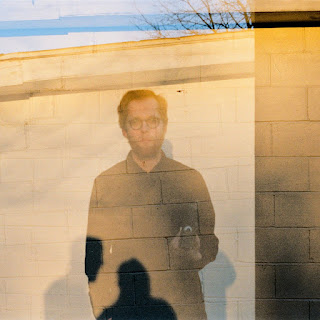 Josh spoke of the inspiration behind his score here:

"I first saw Man with a Movie Camera screened with no accompanying soundtrack at Minneapolis’s Walker Art Center, and from that moment on I grew obsessed with Dziga Vertov’s hallucinatory portrait of a rapidly modernizing Soviet Russia. It’s a critical piece of film history I would go on to encounter several times in various film classes during college. There have been several re-scores of Man with a Movie Camera over the years (the original premiered in 1929 with an orchestra but there’s never been an official soundtrack), and I’ve often found that the accompanying music on later DVD reissues did not correspond with the visuals, with bright MIDI-programmed samples and Foley work that felt like an afterthought. From no score to forgettable scores, creating my own became a personal creative goal that I was finally able to undertake last year."

Josh Augustin is a composer, singer-songwriter, photographer, and videographer best known as the co-founder of the dream-pop duo Vansire. He recently graduated from both Oberlin College as well as Oberlin Conservatory of Music with degrees in Film Studies and Technology in Music and Related Arts.

A 22-year old Minnesotan, his interests include audio and visual work in analog creation within digital media and production, and exploring the collision between popular music and the esoteric music he studied in the academy.

These interests merge with his solo endeavor of scoring the 1929 Russian silent film, Man with a Movie Camera. Since the film has no official score, interpreting the movie through music has been one of Augustin's biggest musical goals: To create a soundscape that fits on top of worn 16mm visuals while still paying tribute to the Romantic and contemporary Russian composers of the era.