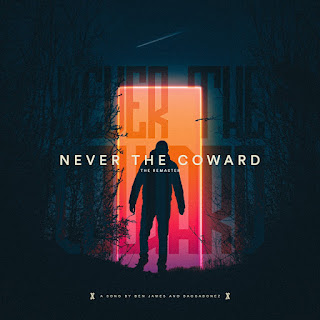 Born in the South East of England, Ben James is a rapper, producer and spoken word poet. A person always eager to try his hand at any medium of creativity, he has always found solace in his main interest of music. Hip Hop in particular has always felt like his creative home, the craft he has been most drawn too throughout his life and his achievements are testament to his dedication to it.
In his early 20s Ben James set up his own independent record label, called RawTalk Recordings. He went on to quickly establish himself amongst the online ranks by hosting reviews and interviewing Grammy Award Winning producers and artists such as Tech N9ne, Hopsin, Gift Of Gab, Foreign Beggars, Jehst, members of the Wu-Tang family and many more.
It was also during this time that Ben was drawn to trying his hand at spoken word poetry. Winning his first poetry slam competition with his first written poem he was subsequently invited on to local radio. This was the beginning of many spoken word performances to come, and Ben being at home on stages across festivals, competitions and events.
Alongside being an artist in his own right in recent years Ben has been behind the scenes sharpening his tools and learning more about production and engineering. Turning his hand to helping other artists fulfil their vision by producing, designing, shooting/editing music videos, mixing and mastering their projects has enhanced his RawTalk legacy across a multitude of talents.
During this time of self development and discovery Ben was also sought after for his acting abilities and enjoyed featuring in some short films.
Taking influences from people such as Hippie Sabotage in its sound with it Electronic tone yet Hip Hop injected lyrics inspired from the likes of artists such as Hopsin,Tech N9ne & Token.
This song lends itself to that of hope & strength, it's a song that encompasses all that is passion. Created entirely by Ben James from the production/music to the mixing & mastering to the cover art. Never The Coward is a song by two brothers.
Follow Ben James: Instagram: https://instagram.com/itsbenjames Facebook: https://www.facebook.com/itsbenjames Twitter: https://twitter.com/itsbenjames YouTube: https://youtube.com/itsbenjames Web: https://www.itsbenjames.com Follow BaggaBonez: Instagram: https://instagram.com/BaggaBonez Facebook: https://www.facebook.com/baggabonezrtr