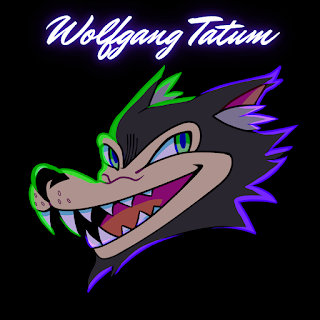 New York-based MC Wolfgang Tatum is today formally introducing himself with a six-track EP. The self-titled effort is his debut released under his new moniker, a convergence of the prolific classical composer Amadeus Mozart and the renegade jazz pianist Art Tatum. As such, Wolfgang Tatum merges both the traditional and the experimental through elements of old-school and “boom-bap” hip-hop alongside deep-space funk and dance music. Buoyed by a commitment to authenticity, Wolfgang Tatum invites listeners to the most honest recesses of his musical interests on the EP.

Elsewhere on the EP, “Wolf Tatum” spits like a sharpshooter in love (“No Lie”), triumphs over demons (“Golden”), cleverly wields his romantic prowess with the help of singer Bairi (“Back for More”), and closes out with an invitation to the dancefloor (“Motion”).

“This is an amalgamation of stuff I’ve done before and during quarantine and is a pretty full sample platter of who I am,” he says.

LISTEN to “Ease Up”

WATCH lyric video for “Ease Up"

"Hip-Hop has given me confidence and a sense of community," says Wolfgang Tatum. The 28-year-old rapper has used music and culture to discover his voice and share it with others. After more than a decade of developing and sharpening his skills as a writer and performer, August 18's Wolfgang Tatum EP marks a proper introduction. "I want this project to show versatility and different elements of what I can do," he says of the dynamic six-song offering.

Now based in New York City, Wolfgang's journey began in Orange County, California. He was raised mainly by his grandfather following his parents' separation. An older sister introduced him to Rap by way of "My Name Is." As a five-year-old, Wolf thought Eminem was speaking to him through MTV when he rapped, "Hi kids, do you like violence?" That planted a seed. "I have always taken Hip-Hop seriously and revered it 'cause I saw what went into the process." By his teens, Tatum was penning lyrics as he studied everybody from Snoop Dogg and 50 Cent to Wax and Sage Francis. "I had a hard time finding a group I fit in with as a kid. When I turned to Hip-Hop, I started to feel like I was a part of something."

Like Hip-Hop, Wolfgang Tatum embraced sampling thoughts and styles. His stage name mixes an homage to 18th-century composer Wolfgang Amadeus Mozart with Jazz legend Art Tatum. "I want to keep a high technical skill level. However, I also want to experiment and give myself the freedom to play with conventions, as long as I do it with style and eloquence," he explains. That gestalt of influences also comes into play with how Wolfgang Tatum creates his music. "As I got to understand songwriting and rapping more, I began implementing aspects of my favorites. For example, I would be writing a verse, and if I hit a wall, I'd ask myself, what would MF DOOM do right now? Let me do something similar. Alright, let’s try it, but how would Childish Gambino say it? I still experiment like that," says the artist who traces his smooth, conversational flow back to Snoop and modeled his DIY ethos after Wax.

However, in dabbling with aspects of his inspirations, Wolfgang Tatum has reached a frontier of originality and uniqueness. Songs like "BLM" raised his voice as an ally after the artist was deeply appalled by the murder of Philando Castile. "All Day," another 2019 song, showed that Tatum could create Shazam-worthy music that had accessibility and replay value. The back catalog is available across DSPs as well as for free download on Wolfgang Tatum's website.

In late 2019, Wolfgang Tatum relocated from Cali to Brooklyn. "I did not intend to do a project," he admits. "Over quarantine, I just made a lot of music 'cause I was stuck at home." Now just a subway ride from its birthplace, the EP shows Wolfgang's profound love for Hip-Hop. "Ease Up" finds the artist bringing a classic West Coast sound with him in a trunk-rattling, smoky self-affirmation. "No Lie" celebrates the upside of openness and transparency in relationships. Keeping the theme of honesty, "Golden" confronts Wolfgang's mental health. He attacks a serious issue from his life with clever, distorted images and an agile flow. "Motion" is a groovy closer that pays tribute to Wolfgang's mom and her love of vintage Funk and R&B. "See what's out there in the world and figure out how to make it your own; take pieces of everything and make a mosaic of something beautiful and new—that's what I've tried to do." This philosophy drives Wolfgang Tatum's journey and shines in his music.