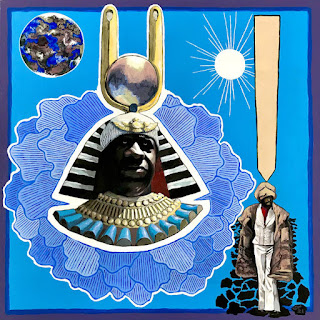 Anchored by sounds dating back to the years between 1973 and 1979, Welcome Home Brother Willy is a reflection of worlds past, current and yet unseen. The album’s title and concept came to Wino Willy in a dream near the onset of the pandemic, wherein a spaceship visited during a war between the devil and another faction. People dressed in ancient Egyptian garb boarded the spaceship, leaving behind the pandemic and climate disasters on Earth to find a more hospitable planet. The instrumentals on this album serve as the pathway to that planet. It is not music, but rather a cosmic entity speaking to Black people who are lost and seeking guidance to leave behind the sickness and pestilence around them.

Wino Willy’s use of samples from Sun Ra’s Space Is the Place coupled with gritty hip-hop drums embraces the duality in ourselves -- the perennial search for elevation intertwined with the pursuit of baser instincts like sex, greed and money. The LP’s vocal snippets are inspired by Prince Paul’s A Prince Among Thieves and Madlib’s Movie Scenes series. Haitian and Philadelphian street musicians recorded by Wino Willy feature prominently on the intro and outro, for an organic open and close to the project. Alex Meltzer helped develop the soundscape for the LP, which is a collection of recorded sounds in New York City from 1981, Philly from 89 and Tokyo from 2011. A Moog Prophet and a Mini Moog construct eerie and angelic noises as transitions between instrumentals.