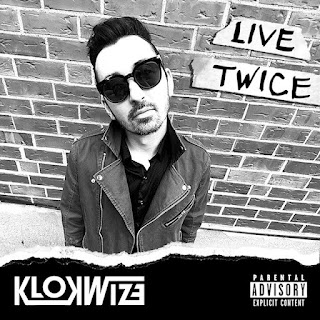 Hartford-born rapper / producer Klokwize is well known for his work with LA rap icons Suga Free and DJ Quik (2017's 'A Little Respect'), his many songs and features on ESPN-TV networks, and his breakout 2012 album Hood Hippie (co-produced by Dom McLennon of Brockhampton).
His first post-pandemic single 'Live Twice' finds him in high-energy mode with biting bars and a trap-influenced superspy instrumental. ''I was selling out eight nights, you were hitting your brake lights," quips the returning indie veteran.
Any casual film fan will notice the hallmarks of the James Bond film series on display here - long black suits, shady casino games, and even Klok diffusing a bomb !?
Klokwize (DJ Quik / Suga Free collaborator) spoofs James Bond in music video for return single 'Live Twice'
@Klokwize all socials