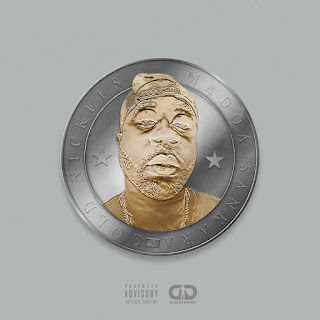 Madoa Sankara is an American emcee and one-half of the hip-hop group The Drop Squad. Raised in Newport News, VA, Madoa now resides in Raleigh, NC. After forming The Drop Squad in the late 2000s, Madoa and Botti released their critically acclaimed mixtape, The Drop, in 2010. The debut project was well-received - praised for its stellar production and diverse subject matter. After a brief hiatus following The Drop, Madoa released the single “City Lights (Raleigh Tribute).’’ Featured on multiple blogs, “City Lights” became an instant classic described by Bloggerhouse.net as “a track that could be one of my favorites of the year” and “one of the reasons I still keep blogging.” Following the singles ‘’Sunshine’’ and  ‘’My Tahoe,’’ the song ‘’Gold Nickels’’ and accompanying video is being released alongside Madoa's debut project Witt. Be sure to check out the video and listen to Witt - available on all streaming platforms.
‘’Gold Nickels’’ is the lead single from Madoa Sankara's debut project, Witt. If you're feeling the track, make sure to follow Madoa on social media and check out Witt - available on all streaming platforms.
Social Media -
Facebook: https://www.facebook.com/madoa.sankara/
Twitter: https://twitter.com/MadoaSankara
Soundcloud: https://soundcloud.com/madoa-sankara
Bandcamp: https://madoasankara.bandcamp.com/
Instagram: https://www.instagram.com/dropsquad2/
Youtube: https://www.youtube.com/c/MadoaSankara