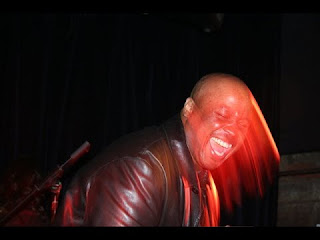 Song: "A Rapper Prepares"
Project: It's All Coming Back To Me Now
Vocals: Marvxlous
Location: New York City
Producer: El Pres Beats
He's done it again. once againMarvxlous  has teamed up with Dutch producer El Pres Beats, (Manimals) and enlisted for the consecutive time Canadian filmmaker, editor extraordinare Kevin Guillet (Life Is Beautiful) now for his latest musical & visual release aptly entitled:"A Rapper Prepares" (#arapperprep).
"A Rapper Prepares,"  finds Marvxlous critiquing some of the decisions, dilemmas, and dichotomies that confront Hip-hop artists and folks in general before, and now during this time of Covid.
And in part what it might mean for, as the Performance Arts are concerned - touring - and the proceedstherefrom. Especially during these, what are for many, financially lean times.
Hailing from  Utica, New York, Marvxlous (Marvalous) has worked with a plethora of artists including Scram Jones, Frank Lacy, Idris Elba, Roc Raida (X-ecutioners), Red Spyda (G-Unit) & Agallah plus many many more.
He was also one of the emcees featured on legendary, D&D Project II. And has independently released multiple projects while at the same time  producing, curating, and performing  at his very own  (Fire Your Boss presents...) showcase in New York City and abroad. He has also lent his voice to film ("Lions, Tigers, Bears" & "Sketches From The Underground"). And continues to delve into various forms of expression and storytelling. He's been featured in The Source, HipHopDX, Brooklyn Vegan, Time Out New York, Frank 151, and the Village Voice, to name a few.
He currently resides in New York City.
Twitter/IG  @marvxlousmc
https://marvalous.bandcamp.com/
https://www.marvxlous.com