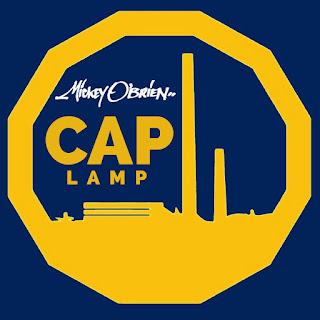 Sudbury, ON rapper, musician and activist Mickey O’Brien is releasing “Cap Lamp”, a rousing hip-hop, labour movement anthem and victory song. O’Brien captures an epic moment in the history of Sudbury and organized labour, drawing on the recent two month strike between United Steelworkers Local 6500 and Vale. “Cap Lamp” is a David and Goliath story where the mine workers of Sudbury, ON stand strong in the face of the second largest mining company in the world. Juno-nominated producer Fresh Kils (Toronto, ON) produced this personal yet universal single about workers’ rights and union solidarity with samples from folk musician Anne Feeney, known as North America’s foremost labour singer, who tragically passed away from COVID-19 earlier this year. “Cap Lamp” also features a sample of now MP Charlie Angus talking about O’Brien and his music, and ends with a powerful message from current USW Local 6500 president Nick Larochelle. Sudbury keyboardist Zachary Clement added his distinct sound to the song, elevating the overall impact of the music.
Credits:
Written and performed by Mickey O’Brien
Produced by Fresh Kils
Keys by Zachary Clement
Social Media:
Twitter and Facebook = @oborebody
Instagram = orebodymusic