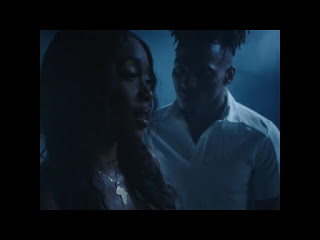 The video features Racquel painting an original piece of art on canvas including a time lapse and a great display of the powerful finished piece at the end - all while simultaneously playing out a poignant relationship narrative.

"Hurt" video: https://youtu.be/j_1q3O30ZXw
Press Release: https://mailchi.mp/reybee/racquel-jones-hurt-video
IgnoRANT Album: https://ffm.to/ignorant
She just recently released her powerful new record IgnoRANT with every track tackling complicated issues that affect massive populations but evade the mainstream discourse due to their taboo nature. While a lot of the tracks are very outward looking, covering systematic oppressions, "Hurt" is one of the tracks that turns inward to examine more personal topics of body image, self-love, and how systematic oppression affects people on the individual level.
“It’s a voice unique but one that anyone can understand. It’s the voice of undiplomatic gritty intelligence, relatable to all cultures, transcending pop cultural vernacular and ‘waves’. It’s the voice of powerful women made to feel powerless. It’s the voice of black kings made to feel less than human. It’s the voice of sexual freedom in the face of misogynistic false standards for women. It’s the voice of a young Jamaican woman who’s seen the world and its parallel stereotype universes in all cultures. It’s the edgy voice of Jamaica, a rebel beauty queen, a fallen preacher’s child, the only sister among three brothers, four years in art school and a bachelor of fine arts. That’s me, I’m that voice. I’m Racquel Jones.”
Production Company: Defector Films Director: Dante Marino Producers: Tommy Zhao, Ross Warr, Dante Marino Director of Photography: Ross Warr Gaffer: Tommy Zhao MUA: Asia Simmons Editor: Dante Marino Executive Producer: Brian Ross Associate Producer: Natalia Fernandez