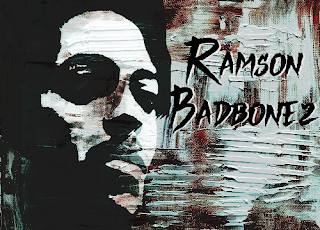 New single released and the fourth to be taken from the album "Lead by Example" by London's Ramson Badbonez, his debut as a producer.
Out on August 27th through New Dawn Records, rarely has such a line up of hip hop heavyweights from both sides of the Atlantic featured together on the one LP, resulting in a showcase of the highest quality rhymes, beats and turntablism.
Previous singles "Stay True", "Lead by Example" and "Black Hole Cypher / Rap to the Future" bench marked the standards, and latest offering "Lame Duck" follows in the same vein as New Jersey verbal assassins Tru Trilla, Fly Kwa and Prince Ak are next to enter the ring with their trademark raw and uncompromising punchlines delivering knockout blows to all comers, the energy intensified by the potent bass and kicks combinations for a concoction of bars and beats that go the full distance.  Hard as nails.
Twitter : @Ramson_Badbonez @TruTrilla050 @FlyKwa @PrinceAk_050 @NewDawnRecs
IG : @OscarSlouch @Trilla050 @Bony_Soprano @Prince_Ak_050 @RealNewDawnRecs
T & IG @urbanelitepr