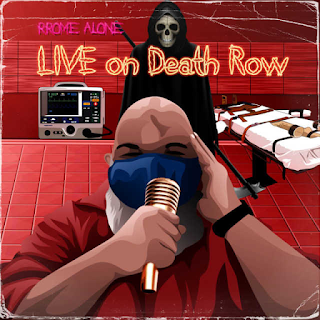 Dwelling on Death Row in Raleigh NC, Rrome Alone was born Michael Jerome Braxton in 1973, living all but the first few months of his life in the city he calls his home. For Rrome, music is the key to self-therapy. Using the prison telephone as his microphone, he collaborates with producers on the outside who record his vocals and provide beats for his rhymes. With the help of producer Nick Neutronz, an underground Railroad approach gets his phone recorded vocals into digital tracks for an authentic raw sound. "LIVE on Death Row" is a lyrical satire that explores the inner workings of what it's like to be on Death Row. Rrome Alone has been on Death Row since 1993, so you're getting a first hand account of the prison system.
@rromealone
@nickneutronz
@wordsmith