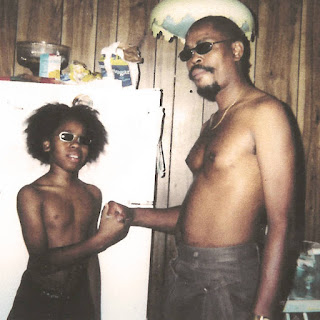 "Keep the hope is my way of telling all my people who feel pressed to press on!”
Solemn Brigham
Solemn Brigham- South Sinner Street
“What was once a vibrant area now survives as a reminder that the only thing eternal is change,” Solemn says when describing the project’s genesis. “Trash and debris flood the streets, relics of the many lives lived––each piece with a story to tell.”
Solemn is uniquely equipped to animate each of these relics with the specificity they deserve. The rapper, whose work with his fellow North Carolinian, L’Orange, as the duo Marlowe has been critically acclaimed, is one of the most vocally acrobatic working today, able to contort himself into a dizzying array of different flows and inflections, accomplishing alone the sort of musical variety that sprawling collectives try and fail to achieve.
Across its 14 songs, South Sinner Street argues for Solemn Brigham as one of the most exciting artists in underground hip-hop, a technical virtuoso who also happens to be one of the genre’s most surprising, most deeply personal songwriters. The album evokes the feeling of climbing onto a house’s roof to survey the nearly-burning city around you, with all the peril that entails––but also all the possibility.
South Sinner Street is out Friday 24th September- https://smarturl.it/SouthSinnerStreet
https://solemnbrigham.bandcamp.com/album/south-sinner-street
https://www.facebook.com/SolemnBrigham
https://www.instagram.com/solemnbrigham/
https://twitter.com/SolemnBrigham