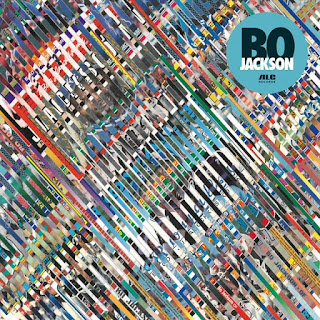 Boldy James and The Alchemist are two artists who have mastered the fine art of being extremely productive, without sacrificing any artistic integrity.  Boldy’s breakout 2020 included a three-peat of critically acclaimed projects with The Alchemist (The Price Of Tea In China), Sterling Toles (Manger On McNichols) and his Griselda debut project The Versace Tape.  Similarly, The Alchemist’s recent works of art rivals any producer currently plying his trade, as he’s coming off of a series of distinctive instrumental projects and collaborative efforts (the aforementioned The Price Of Tea In China), Lulu with Conway The Machine, Haram with Armand Hammer and Alfredo with Freddie Gibbs; which earned them both a Grammy nomination for Best Rap Album.

After My First Chemistry Set (2013) and The Price Of Tea in China (2020) Boldy James and The Alchemist have set an exceedingly high bar for their collaborative endeavors. Yet, just like the world class, multi-hyphenate athlete that inspired the title of their new trilogy project, the duo exceed all expectations, deftly climbing outfield walls, mashing majestic dingers and running over, and or by you with Bo Jackson.

“This aint rap, it’s bloodsport (Prodigy).  If you release music, whether you realize it or not, you’re not only competing with yourself, but also with everything else that comes out; and the gym’s always open---24/7” The Alchemist professes.  “With that in mind, I feel the competitive spirit, and I’m excited to hit the court/arena with Bo Jackson!”

“I took that 2020 energy and used it to fuel the new momentum and make it more of a moment this go round.  The evolution of the Bo Jackson project came from seeing the results of The Price Of Tea In China, and knowing what the possible outcome is if I connect more with my fans” Boldy James states.  “This new Bo Jackson project means a lot to me because it reflects my growth as an artist, and I have my own personal favorite moment on the album where my son is telling everyone how I’m not the real Bo Jackson, he is (lol).  Overall, I just feel like Alchemist outdid himself once again, and I held my own against such incredible production.”