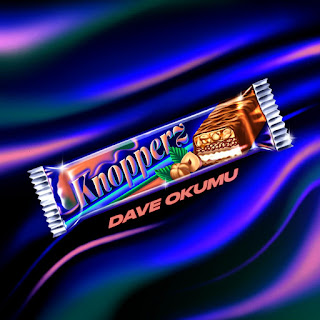 Dave Okumu - lead singer and guitarist in The Invisible and one of Britain's most sought-after songwriters and producers - has released his debut solo project, Knopperz.  To mark the release, Okumu has also shared a new live video for the track, “Brother.” The video is taken from a full live performance of Knopperz where Okumu is joined by special guests, including Duval Timothy and his Invisible bandmate Tom Herbert; the performance will be live-streamed tonight, and tickets are available today alongside purchases of the album.

After several years working behind the scenes or with others, Knopperz finds Okumu finally stepping into the spotlight by himself.  The wholly instrumental solo record - which unites hip-hop, jazz, and experimental electronic music - is partly a homage to J Dilla’s classic Donuts and inspired by, and samples elements of, friend and pianist Duval Timothy’s album, Sen Am.  Knopperz is available worldwide today via the celebrated independent label, Transgressive Records, whose recent releases include music from Arlo Parks, Damon Albarn, and Mykki Blanco.

As well as his endeavors in Mercury-nominated, the critically-lauded band The Invisible, Okumu has collaborated with an array of top-tier artists, including; Radiohead’s Ed O’Brien, St Vincent, Jessie Ware, and Adele.  In addition to Knopperz, Okumu is also currently gearing up to release The Solution Is Restless; a forthcoming collaborative album with Joan As Police Woman and the late, great Tony Allen.