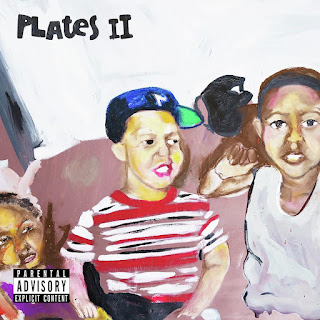 Rick Hyde has been predominantly featured on all BSF projects, and more recently appeared on Benny & 38 Spesh’s Trust The Sopranos compilation, Benny’s The Plugs I Met 2 (“Survivors Remorse”), and Rick was also featured on Benny’s most project Pyrex Picasso.  Rick and BSF will also be joining Benny on his The Burden Of Plugs Tour, which will kick off in October, and touches down in 20+ cities.  To check tour dates and purchase tickets for The Burden Of Plugs Tour, please visit: https://www.griseldaxfr.com/.

The release date for Rick Hyde’s Plates 2 was chosen to honor the one-year anniversary of DJ Shay’s passing (8-19-20).  Shay, as he was too many, was like a father figure to Rick.  DJ Shay was only 48-years old when he passed away, but his mark on Buffalo’s music scene will be talked about for generations to come.  “Shay cultivated the Buffalo sound back in the 90’s” Rick Hyde commented.  “Releasing my debut BSF project on the anniversary of his passing is both a tribute, and a thank you to Shay.”