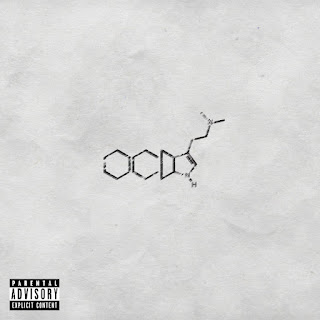 From the beginning it was a side project of a side project, that is UnlikePeople. It had been 6 years since the first self-titled UnlikePeople project came out and was more of a demo than anything. Rapper Dceased and producer Telly McLean (both from Sacramento) really getting back to their roots, they struggled to retreat that energy again. Fast forward to July of 2020, after a long hiatus, Telly McLean was given the opportunity to focus on music again due to the pandemic. What started him was ironically making "loft" beats that Dceased would rap to, somehow guided them back into a realm of dark intergalactic Jazz. So, "OCD" by UnlikePeople was born!

UnlikePeople started circa 2013, "I would wake up and call my brother Dceased to slide through with Abstract Ninjaa, Konkwest and Chuuwee, the original TBC" Telly McLean says. "Day sessions consisted of smoke outs while listening to all the records I had dug through or found on YouTube the night before. We discovered our love for Latin and Soul Jazz through these sessions. We would pick out what we liked, and I would get on the Korg Kontroler hooked up to Reason and get to slicing on Recycle. From its conception, we wanted to cover new creative ground, and truly immerse ourselves into a world of UnlikePeople. The more unorthodox the process, the better, and I feel it shines through. It gave us the courage to step outside of our comfort zone sonically and spiritually."