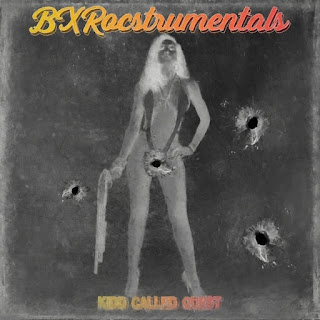 Rochester NY’s man-of-many-beats Kidd Called Quest has just dropped a new EP for digital purchase.BXROCstrumentals is nine instrumental tracks of soulful, drum-laden boom-bap soundscapes. This is the instrumental version of his 2019 collaborative release BXROC with Bronx wordsmith G Fisher.However with a slight sonic variation, the original album was mixed by Parks (of Joe Budden podcast fame), however the BXROCstrumentals were actually remixed by Kidd frequent collaborator Midnite (38Spesh, Kool G Rap).
With well over a decade of credits to his belt Kidd Called Quest frequently collaborates with Azariah under the duo name of Young Black And Gifted as well as emcees Jae Hussle and Curtis Coke. He has also laced tracks for the likes of Big Shug, Trife Diesel, Eto and Skyzoo.Follow Kidd Called Quest:TwitterInstagram