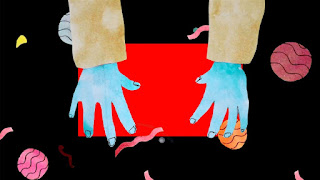 Underground hip-hop luminary, legendary DJ, and producer DJ Abilities will unveil his long-awaited debut album, Phonograph Phoenix, on October 29 via Rhymesayers Entertainment. The record traces a roadmap through his musical history, threading together old school basement scratching, rapturous synths, and warped loops within an emotional and entrancing mosaic assembled by hand. At the same time, he respectfully pays tribute to his Eyedea & Abilities collaborator and late brother-in-arms Eyedea.

Regarding the record, Abilities commented, “This album is the culmination of years of learning, growing, and creating. Given this was going to be my first release after so many years, I went with zero features. I also decided to write the music instead of sampling, as a way to challenge myself as well as make it more 'me'. I hope to satisfy all the Eyedea & Abilities fans with this album. I feel like I’ve been touching upon what made us special, as well as elaborating, and finding new paths.”

To celebrate the news, he just unveiled a new single & video entitled “Worldwide.” On the track, a head-nodding bass line wraps around a throwback drumbeat as the hook echoes through hypnotic feedback. The accompanying animated music video, directed by Callum Scott-Dyson, conjures golden age rap vibes with its Keith Haring-style figurines and vibrant primary colors.

Get ready for DJ Abilities to rise in flames on Phonograph Phoenix.