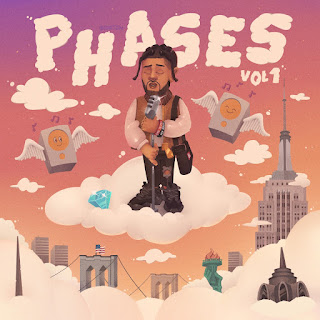 During the second half of the pandemic, rapper Iman Nunez kept fans captivated with his weekly Instagram freestyle series Phases. With each installation. his following increased by 2 hundred followers  a week. More than that, fans were engaging with his music, liking, commenting, and often reposting in their stories.
"I've been getting so many messages from people all over asking me to put the songs on DSP's so I wanted to make this a little more special adding some very talented people that I feel are taking strides. I'm so excited to finally have these songs out and happy that the people are getting exactly what they asked for."
Tracklist
1. SIX (feat. Oswin Benjamin) (prod. ProdbyLen)
2. LESSONS (feat. Nate Joël) (prod. ProdbyLen)
3. GROWTH (feat. Savthegenius) (prod. William Nunez)
4. LETS TALK ABOUT IT (feat. J. Soulja) (prod. Rondon)
Videos
SIX
LESSONS
GROWTH
LETS TALK ABOUT IT
Follow @OnlyoneIman on all social media platforms!