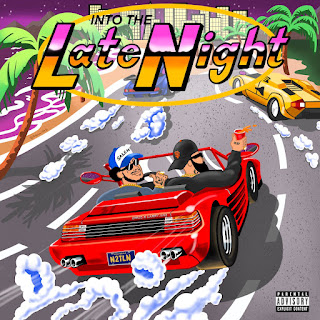 Bay Area rapper and entrepreneur Larry June has shared his new Cardo-assisted mixtape Into The Late Night via EMPIRE. The tape showcases 7 tracks entirely produced by the Grammy-winning hitmaker, and serves as a follow up to June’s acclaimed Orange Print EP which released earlier this year - Cardo produced “You Gotta” which received press praise plus a sync on Issa Rae’s ‘Sweet Life’ show on HBO Max. The new mixtape comes alongside the news of June’s 2021 live tour debut with the ‘Orange Print Pollstar’ tour.

Tickets are on sale now: https://larryjune.org

On Into The Late Night, June brings his signature sound - laid back delivery, effortless punchlines, and motivational gems - that blend perfectly with the West Coast bounce driving Cardo’s boardwork to create a timeless, unique project. Earlier this month they introduced the lead single “Friday Activities” and today come with “Don’t Try It”.

2021 continues to be a productive and elevated year for the Bay Area hustler. From two projects to a live tour, the cover of Preme Magazine, praise from The Ringer and Ebony, episodes of Complex ‘Brackets’ and Pitchfork ‘Over / Under’, and much more - June shows no signs of slowing down

FOR INFO ON LARRY JUNE