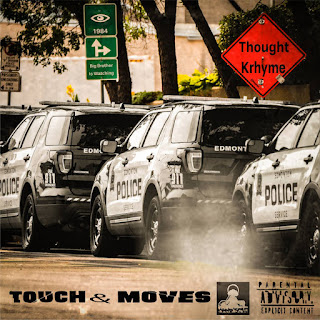 Enter the mind of an obliviously self-righteous police officer on “Thought Krhyme” as he walks the streets acting holier-than-thou, committing crimes ripped directly from today's headlines in an effort to feed his self-worth. The first single off the highly anticipated upcoming 1984 project from Touch & Moves, the teaming of the best MC out of Edmonton and a legendary Halifax DJ, “Thought Krhyme” finds inspiration in a classic track from the 90s readily recognizable to any real hip hop head. “It may be an offensive and triggering topic,” says Touch, “but the original song was way more offensive and was still a huge commercial success.” Once again you’ll have to decide: “Hi, kids, do you like violence?”
The video, shot, directed and edited by Touch, depicts what it feels like to have a clown show up at your door and give you the 3rd degree.
Written and performed by Touch
Produced by Moves
Mixed and mastered by Nato
Social Media:
@touch182
@bigmoves1