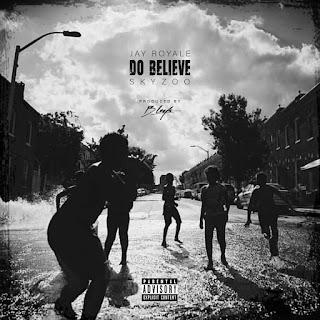 In 2019, Boston Hip-Hop producer B Leafs served up one of the best albums that year with "The Horizon" featuring a slew of underground indie talent and respected industry legends like Raekwon, Ras Kass, Large Pro, Masta Ace & more. Earlier this year, he dropped the 4 song "Intentions" EP and with no sign of slowing down, the Mass. producer releases his new single "Do Believe" featuring respected underground wordsmith Skyzoo and acclaimed Baltimore emcee Jay Royale. The smooth, head nod inducing banger serves as the first single off of B Leafs' upcoming album (title TBD).
"Some don't ever get the message, until they get a message" - Skyzoo
~Produced by B Leafs~
~Mixed and Mastered by Lightfoot~
~Art by Trevor Lang & Kirby Griffin~
Connect On Twitter:
@BLeafsMusic
@Skyzoo
@crownroyale410
B Leafs · Do Believe (feat. Skyzoo & Jay Royale)(Prod by B Leafs)