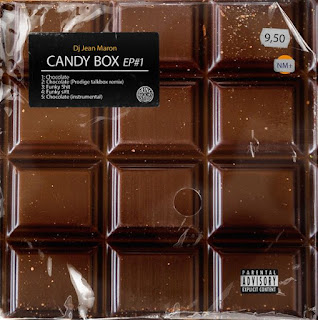 « The album is titled “CANDY BOX” and will drop October 22nd »

The 45-year-old French producer has been exploring new genres of music, a sound that still struggles to find an appropriate title due to its various inspirations and influences, pulling from Rap’s hardest 808’s and the smoothest House-beat synths, soulful horns and funky guitar riffs. Up to the way that he’s now able to fuse the worlds of Dance, Hip-Hop, R&B and Rap together so effortlessly. It naturally gave birth to his new album titled CANDY BOX.

It’s named that because the artist got diagnosed with diabetes recently. The album title and concept is a nod to this as well as a reference to the large collection of musical flavours on the album.

Dj Jean Maron is mainly known for Hip Hop. He has been touring Europe and beyond for the past twenty years now. He’s opened up for big names such as Kendrick Lamar, G-Eazy, DMX, Mac Miller just to name a few. His debut collaborative album with M-Dot “RUN MPC'' helped him to get a licence deal with the New York based record Label Soulspazm. His second album TRUE SCHOOL who directly entered iTunes top 100 cemented him as a serious force to be reckoned with on the Hip Hop music.

Candy Box (his 3rd producer album) is a furious flurry of different artists and instruments. Over 17 tracks the artist delves into a spectacular range of different styles and hopes to take its music to a wider audience with this latest release.