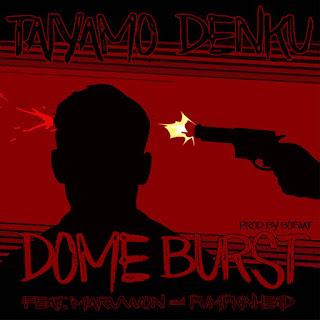 Denku teams up with Detroit's own Marv Won who u might know from the emcee battle scene but he is also a great artist with great music. Also on this track is the late great Pumpkinhead who later in his career shortened his name to PH. All 3 give you some rhymes for your mind that might create your dome to burst. Check out this cypher based no hook track by 3 lethal bar kings. Hip Hop at its finest with Bofaat handling the production to make it sound like a chase or action scene in a futuristic movie, when i hear the beat by itself I think blade runner and I don't know why.
Twitter:  @taiyamodenku, @Marvwon, @PH_TEAMHOMI, @Bofaat
Instagram
@taiyamodenku
@bo_faat_beatz
@marvwon