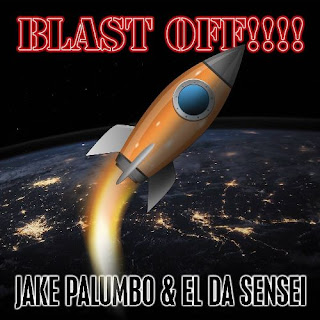 In preparation for the release of their collaborative LP "Solving Cases", New Jersey Hip-Hop mainstay El Da Sensei & Brooklyn-by-way-of-Tennessee Producer / Emcee Jake Palumbo present the visuals to "Blast Off!!!", the first single off the 14-track album which arrives on all streaming services on Friday, September 24th & CD shortly after.This raucous, uptempo party-starter leads off the album as well. Crisp but dusty drums play nice alongside piano chops & round basslines, while El Da Sensei's lyricism reminds listeners why he's been a mainstay in Hip-Hop for over 25 years, atop Palumbo's production that blends deep-dive sampling & live instrumentation.