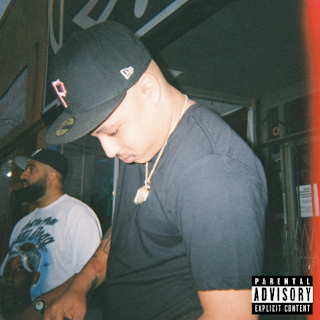 When the “pimpin” is this raw and authentic, you know its FishXGrits.
Hailing from Atlanta, GA, FishXGrits has emerged within a short period of time, already releasing several “pimp” doctrines and a musical film entitled I Don’t Like You In Real Life; which featured Desi Banks, Peewee Longway, Hoodrich Pablo Juan, Reese Laflare & Southside of 808 Mafia, and recently released, The P Alert, which featured collaborations with Benny The Butcher and Oakland OG Philthy Rich.
Today, FishXGrits announced a new album, The Makings Of A P, which will be released on 9-27-21.  Today’s announcement also included the release of the project’s first single, “Simps,” which features and is produced by Jay Worthy.
“Simps” is a poke at all the guys that claim to be "pimps" but are really "Simps!" They may learn the lingo, and how to act like a "pimp," but if you were to enter their household you would clearly see otherwise” FishXGrits asserts.  “Pillow talking, emotional tirades, and love making are the characteristics of a typical "Simp." Hope you enjoy it!”
‘Pimpin’ is a lifestyle and it ain’t easy, but listening to FishXGrits will assure you that “pimpin” is alive and well.  Whether it’s his game laced lyricism, or his conversational delivery, you will always walk away from a FishXGrits experience with more game than you arrived with.