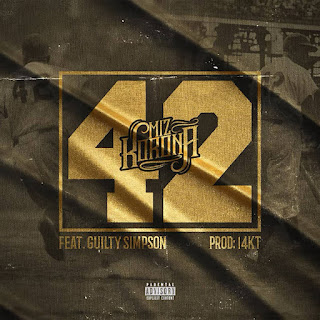 Hip Hop seems to be the only genre that seems to continuously try to place an age cap on it.
Over the years more artists have shown and proved that “aging out” didn’t exist in their worlds.
Detroit Legend  Miz Korona recently shows she’s no different on her new release “42” feat. heavy wordplay from Legendary MC Guilty Simpson over even heavier production by 14KT.
“Honestly the song came about after commenting under a post from DJ House shoes saying he didn’t want people rapping over his beats without his approval.” “I’ve known Shoes for years so I jokingly said I’m rapping over all that shit  and some random guy responded like “Don’t wit yo old ass” that immediately struck a nerve and I was on go from there.”