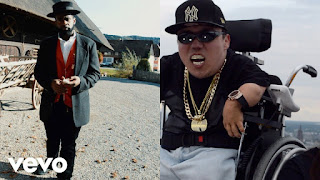 "The Switch Up" featuring German emcee Drive-by, produced by Franz Branntwein is the 1st single from the upcoming "Seasons Change, People Too: The Experiment" project by Fokis. A creative concept that has American emcee Fokis, rapping in German and German emcee Drive-by, rapping in English. The video was directed by Drive-By, filmed by "O.G. Benny" and edited by Fokis.